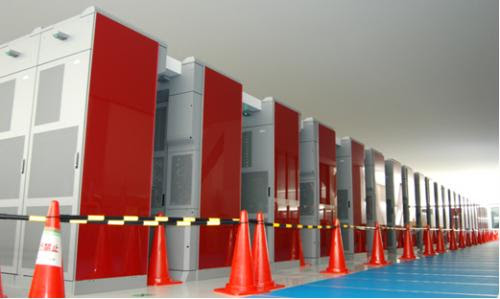 The Japanese supercomputer ranked #1 on the Top 500 [1] fastest supercomputers broke its own record this week by hitting 10 quadrillion calculations per second (10.51 petaflops), according to its operators, Fujitsu and Riken.
The supercomputer "K" consists of 864 racks, comprising a total of 88,128 interconnected CPUs and has a theoretical calculation speed of 11.28 petaflops, the companies said.


When the LINPACK benchmark program measured the K computer in its final configuration, the supercomputer system achieved a speed of 10.51 petaflops exceeding its previous speed of 8.162 petaflops, which had placed the system in first place on the TOP500 supercomputer list[3] published June 2011, the companies said.
So what kind of applications is such a monster machine good for? Fujitsu and Riken listed the following: