By Joe Brockmeier
A story in the Register [1] speculated that Ubuntu would be dropping its six-month development cycle in favor of daily updates. If so, that'd be big news — but the word from Canonical is that it's not so. 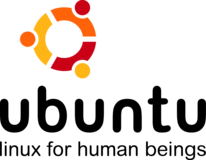 Gavin Clarke declared "Ubuntu is moving away from its established six-month-cycle and potentially to a future where software updates land on a daily basis." Clarke cited a statement from Shuttleworth during a conference call about needing to "release something every day."
But according to Canonical, it's not going to be moving away from the six-month cycle anytime soon. Gerry Carr, director of platform marketing for Canonical, says it's about making it easier to get "cutting edge" versions of software for developers:


Ubuntu is not changing to a rolling release. We are confident that our customers, partners, and the FLOSS ecosystem are well served by our current release cadence. What the article was probably referring to was the possibility of making it easier for developers to use cutting edge versions of certain software packages on Ubuntu. This is a wide-ranging project that we will continue to pursue through our normal planning processes.


This makes much more sense. While Google has successfully (so far) moved to a rapid release cycle for its Chrome browser, it's hard to see this working very well for an entire Linux distribution. It might work for some packages that sit on top of the distro (like Firefox) but it just won't work for the whole OS. This is especially true in the enterprise market where Canonical is trying to get a foothold. A rolling release cycle would not go over well on the server side. It wouldn't work too well for OEMs, either. A rolling cycle for development is one thing, but as Canonical tries to capture bigger deals it's a non-starter for any of the OEMs and ISVs that Canonical works with.
So no story here, business as usual in Ubuntu-land.
Posted by C Samuels Jr at Wednesday, December 01, 2010