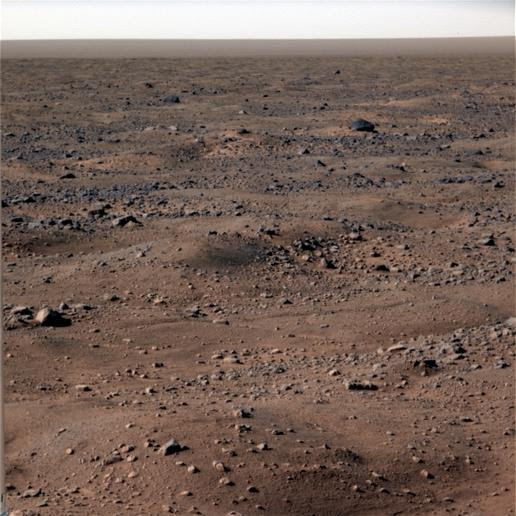 NASA and the European Space Agency (ESA) are aiming to cooperate on all manner of robotic orbiters, landers and exploration devices for a future trip to Mars.

Specifically, NASA and ESA recently agreed to consider the establishment of a new joint initiative to define and implement their scientific, programmatic, and technological goals for the exploration of Mars. The program would focus on several launch opportunities with landers and orbiters conducting astrobiological, geological, geophysical, climatological, and other high-priority investigations and aiming at returning samples from Mars in the mid-2020s.

The envisioned program includes the provision that by 2016, ESA will build what it calls an Entry, Descent, and semi-soft Landing System (EDLS) technology demonstrator and a science/relay orbiter. In 2018, the ESA would also deliver its ExoMars rover equipped with drilling capability. NASA's contribution in 2016 includes a trace gas mapping and imaging scientific payload for the orbiter and the launch and, in 2018 a rover, the EDLS, and rockets for the launch.

NASA and ESA will establish legally binding agreements, as soon as feasible, to cover specific activities of this initiative, the agencies said in a release.

The NASA/ESA agreement has been in the works for months and while the agencies have cooperated in the past, budgetary constraints likely helped move the discussions along. The idea being they can support the costs of research, development and launch of Mars missions together better than individually.

In fact one of the findings in the recent Review of United States Human Space Flight Plan Committee report said the US can lead a bold new international effort in the human exploration of space. If international partners are actively engaged, there could be substantial benefits to foreign relations and more overall resources could become available to the human spaceflight program.

The commission also said that "Mars is the ultimate destination for human exploration of the inner solar system; but it is not the best first destination. If humans are ever to live for long periods on another planetary surface, it is likely to be on Mars. But Mars is not an easy place to visit with existing technology and without a substantial investment of resources."

NASA's Mars Reconnaissance Orbiter has sent back high-resolution images of about 30 proposed landing sites for the Mars Science Laboratory, a mission launching in 2011 to deploy a long-distance rover carrying sophisticated science instruments on Mars by 2012.

The European Space Agency recently said to wants volunteers to take a simulated 520-day trip to Mars. Starting in 2010, an international crew of six will simulate a 520-day round-trip to Mars, including a 30-day stay on the Martian surface. The 'mission' is part of the Mars500 program being conducted by ESA and Russia's Institute of Biomedical Problems (IBMP) to study human psychological, medical and physical capabilities and limitations in space through fundamental and operational research.