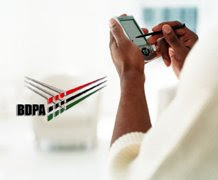 Seems like you turn on the news and all you hear is everything is in turmoil; the economy, Wall Street, mortgage collapse, more job layoffs, and just a general doom and gloom everywhere. In Michigan , this is not new to us since we have been a recession for many months and now the rest of America is feeling the pain now. With all this said, BDPA Detroit was not immune to the effects of the world. We are at our lowest point of participation in the 8 years I have been involved with the organization.
I like many IT workers was hit by the layoff bug and was out of work for over 14 months and during that time period had major heart surgery to boot. I too had to switch my priorities but kept a level of involvement in BDPA. Oddly, the position I am currently hold was in part made possible through networking with BDPA members in Detroit.
So BDPA does work if you work the system. BDPA can not guarantee you a job when you are laid off but it does help improve the odds of finding employment. But for BDPA to work, members must get involved and create a true network. We need to realize the definition of a network is a system to share resources. BDPA's resource are the members that share knowledge, time , effort and resources improve BDPA and the community.
I bring up this topic because the last TAC seminar on September 25 had only 4 participants; 3 BDPA members and 1 from NSBE on a topic which is in demand in the IT field, vitalization. BDPA is suppose to be an organization of "Thought Leaders" and a force of change in the IT community. But what does it take to draw people out??? With this being possibly the worst economic point in American history, you would think BDPA would be at it height of membership with professionals getting together and helping each other and the community but the opposite is true. I hope this is not a "Black people" thang of not trusting each other in times of need because we are afraid of getting used, abused and taken advantaged off. It is time to break that 20th century mind set and move into the 21st century.
We have all the resources necessary to make a difference in the lives of our families and possible the world. Just a quick scan of the internet shows how other groups are making a difference but not BDPA. Here are some solutions to this problem:

Time for us to grow or die. It is up to you which direction BDPA takes. I hope the majority chooses growth and CHANGE to make our little time in this universe something meaningful and lasting.
Cliff Samuels Jr
BDPA TAC Director
Posted by C Samuels Jr at Tuesday, September 30, 2008

I concur with Cliff about the value that BDPA can provide as a resource for job opportunities. I also have gotten employment through networking with BDPA members. Right now, about the only way to find work is through a referral from someone you know. Also, trusting God is altimate, but you have to give God something to work with in order to receive your blessing.

I couldn't have said it better! You make some really great points. I'd be interested to know how many members read your blog?

Thanks for the comments.

I am not sure how many people read this Blog but I believe this was a good vehicle to express my frustrations. I have observed that every other ethnic and racial group (well except the Native Americans but they have truly been systematically screwed by the government to an extent that even Black America has not experienced) is moving forward on the Internet and in their communities but WE are still falling behind. I hate to sound Republican but WE have sabotaged our own success though bickering, greed and lack of self esteem. I look at my city Detroit and wonder; its been 40 years since the riots and the city is still not rebuilt while in the same time period Japan has rebuilt and become a force to be reckoned with in the world. With all the technology available to US, why is BDPA still struggling??? We have some of the brightest men and women in the organization but have we allowed politics and pettiness to hold us back??? I know we all have limited time but I believe that the pay back will come back a million fold to all members in a short time period.

I'm surprised by how few people in BDPA either write or read blogs.

However, it is up to us to keep doing what we do. If we build it ... they will come.

re: membership activity. It is my view that a BDPA chapter should rejoice when the economy is tough ... members should be filling program meetings and membership rolls in large numbers when their livelihood within the IT industry is threatened.

However, it is up to our BDPA chapters and leaders to provide relevant programs and services. I truly like what Chicago does ... they have a 'Who's Hiring Team (WHT)' project. Is this something that Detroit chapter would be interested in doing?

Perhaps it is a feature you can add to your blog. Just thoughts...

Monique - It is great to see you reading blogs in the afrosphere! I notice that the BDPA Philadelphia blog shares great industry articles. Are you considering using it for more BDPA-focused blog posts as well?