What better way to start the day than with your weekly message from BDPA! 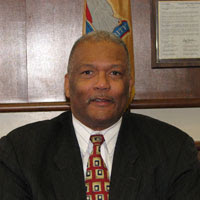 BDPA New Jersey chapter past president Coram Rimes serves as commissioner for the Orange (NJ) Housing Authority. He was recently recognized by the National League of Cities (NLC) for reaching the Platinum level in its Certificate of Achievement in Leadership program. This is a certification level reached by only a few NLC members since its inception in 1999.

NLC is a resource and advocate for 19,000 cities, towns and villages, representing more than 218 million Americans. As part of the NLC mission to create stronger communities, the Leadership Training Institute provides local officials, like Coram, with the professional development opportunities to assist then in promoting positive change and innovation within their communities. At the same time, seminars are designed to explore the nature and practice of local governmental leadership.
Click here for more:
http://betf.blogspot.com/2011/04/member-on-move-coram-rimes-bdpa-new.html
Bemley Scholar James Arama Heads to Marist College 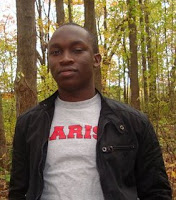 BDPA Education and Technology Foundation (BETF) is proud to learn that 2-time national BDPA High School Computer Competition (HSCC) champion James Arama is using his Jesse Bemley Scholarship to help fund his freshman year at Marist College. James is studying computer science and software development at Marist College, as well as applying his knowledge to his own entrepreneurial venture.

We asked James to share his thoughts about his experiences as a member of the BDPA Southern Minnesota chapter.
Click here for more:
http://betf.blogspot.com/2011/04/bemley-scholar-james-arama-heads-to.html
BETF Blog Take Five: Dalric Webb (Cincinnati)

There are many members, officers and leaders around the country who are volunteering their time, talent and energy to support the growth of BDPA. This blog plans to take some time to ask these folks about their thoughts about past, present and future of BDPA.


Dalric Webb, an Engineering Information Technology manager at GE Aviation, recently joined the leadership team of BDPA Cincinnati as the chapter's VP-Membership Management. Dalric is an MCSE+I and received his undergraduate degree in Computer Science from Hampton University, his Masters in Information Technology from Capella University, and his MBA with a concentration in Information Management from Grantham University. BDPA expects Dalric to provide the leadership and inspiration necessary to grow the membership of a chapter with a rich BDPA history.

Dalric shared some of his thoughts on BDPA with us in the following Take Five interview.
Click here for more:
http://betf.blogspot.com/2011/04/take-five-dalric-webb-cincinnati.html
Computer Resource Solutions Changes Identity to The CRS Group

Computer Resource Solutions has changed its corporate identity to The CRS Group.  This change coincides with the development of several new and enhanced service offerings and capabilities of the firm, which will have a name that embraces a more global service offering.
CRS is also committed to enhancing the education of youth within the technology spectrum and has partnered with a variety of community organizations to support their goals. In addition to being involved in such organizations, CRS has been a proud sponsor of BDPA Chicago for their various initiatives for over 15 years. CRS employees are also active members of BDPA Chicago's Corporate Advisory Council.
Click here for more:
http://www.benzinga.com/press-releases/11/04/p1003259/computer-resource-solutions-inc-changes-identity-to-the-crs-group
Record-breaking Microsoft patch day affects all versions of Windows
BDPA Detroit TAC

By Microsoft Subnet
As expected, Microsoft released a record-breaking, massive number of patches today that affects all versions of Windows and Office -- including its cloud apps -- and addresses some long-standing holes that hackers have been exploiting in the wild.
By the numbers: 17 security bulletins fix a whopping 64 holes. These include nine critical patches and eight important. Of the critical patches, five of them have the highest "exploitability index" rating of 1, meaning that the risk of attack is high and the impact of being pwned is also high. Today's Patch Tuesday is a record-breaker in the number of holes fixed. In December, 2010, Microsoft released 17 patches, too, but these fixed a total of 40 holes.
Affected software runs the gamut. There are patches for all supported versions of Windows, including XP, Vista, Windows 7, Windows Server 2008 R2 and even the non-GUI WS2008 Server Core version.
Click here for more:
http://bdpadet-tac.blogspot.com/2011/04/record-breaking-microsoft-patch-day.html
2011 National BDPA Conference Registration Now Open
Please accept our invitation to join us in the City of the Big Shoulders by registering for the 33rd Annual National BDPA Conference, August 3-6, 2011 at the Hilton Chicago.
Early bird registration for $350 now open!
Click here to register for the 2011 National BDPA Conference today!
http://bdpa.site-ym.com/?page=Conference2011 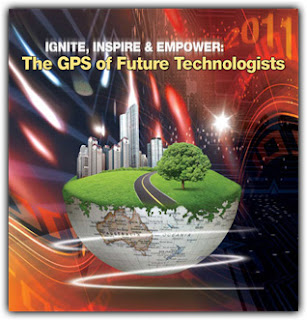 2011 BDPA Technology Conference
August 3-6, 2011
Hilton Chicago
720 S. Michigan Ave.
Chicago, IL 60603
Subscribe to the BDPA Foundation Blog via email: http://www.feedburner.com/fb/a/emailverifySubmit?feedId=649683
Subscribe to the BDPA Community Blog: http://bdpa.site-ym.com/members/blog_view.asp?id=637492
Subscribe to Blacks Gone Geek Blog via email:
http://feedburner.google.com/fb/a/mailverify?uri=blogspot/BlacksGoneGeek&loc=en_US
Follow us on Twitter: http://www.twitter.com/BDPA
Find the buzz on Twitter BDPA: http://search.twitter.com/search?q=BDPA
This message has been brought to you by the BDPA Social Networking Team:  http://www.bdpa.org/?page=BDPA_SNet
Contact the BDPA Social Networking Team: socialnetworking@bdpa.org
PS: Please share this information with your friends, co-workers, church members, etc so that they can help us pass the word. The key is that we must share what we know with others so we can all grow and prosper.
Posted by C Samuels Jr at Monday, April 18, 2011

Email ThisBlogThis!Share to TwitterShare to FacebookShare to Pinterest
Labels: BDPA